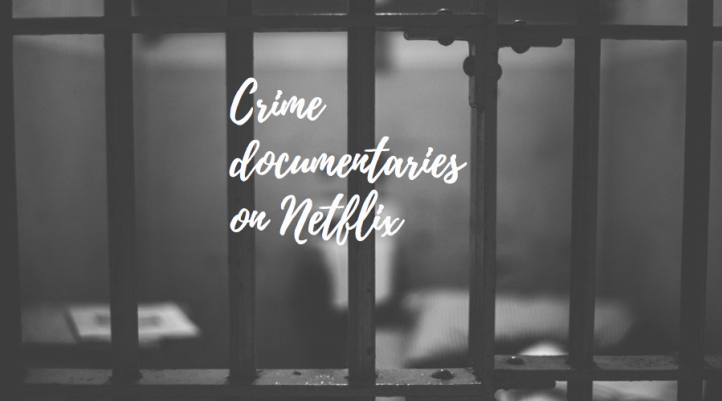 I am true crime fanatic. I love watching documentaries on solving criminal cases.

The world seems to have caught up with me in recent years with the phenomenon of Making a Murderer.

Here, I recommend six crime documentaries that are on Netflix that you may enjoy.

They’re all fairly obvious but still worth watching.

If you have any suggestions please comment below or send me a message, I am always looking for more recommendations.

So this was the first documentary I watched after Making a Murderer.

It follows the case of a Michael Peterson, a former journalist who is accused of killing his wife.

This documentary will have you guessing whether you think he did it or not and there are some unbelievable theories that come with this documentary.

It’s very similar to Making a Murderer and it was Peterson himself who commissioned the documentary.

So this is what I am currently binging with my boyfriend and it’s incredible.

Unlike The Staircase, this documentary contains many different cases, which take up one or two episodes each.

They are what they say on the tin, about criminal cases where the defendant has confessed and yet there are still doubts.

It will make you question the use of confessions in court and is well worth a watch.

THE INVESTIGATOR: A BRITISH CRIME STORY

A woman goes missing and her daughter is hoping to find out 30 years later what truly happened.

Her father is behind bars for the murder but nobody was ever found dead or alive but did he do it?

Former police officer and current investigative journalist Mark Williams-Thomas looks into the case to determine whether he can find out what happened 30 years ago and whether Carole Packman is still alive.

You may be aware of the name but not the story. Amanda Knox was jailed in Italy for the murder of a British exchange student.

This documentary follows the case during, before and after the trial, including what has happened to Knox since.

I want to be careful in what I say here because if you don’t know the story then I could easily reveal too much but it’s well worth a watch.

This is the story of a bank robbery in America, which leads to murder.

The documentary delves into how it was carried out, who is responsible and who is just a victim.

Released earlier this year, Evil Genius is a true story, which took place in 2003.

It can be quite graphic and disturbing at times so if you struggle with that then maybe this isn’t for you.

This is another popular series, which unless you’ve been living under a rock you’d have heard of.

OJ Simpson is a former NBA athlete who stood trial for murdering his wife.

Much of the proceedings were broadcast on national television and this crime drama is a reconstruction of the events.

Robert Kardashian is the father of the Keeping Up With the Kardashian children: Kim, Rob, Khloe and Kourtney and he represented OJ Simpson in court.